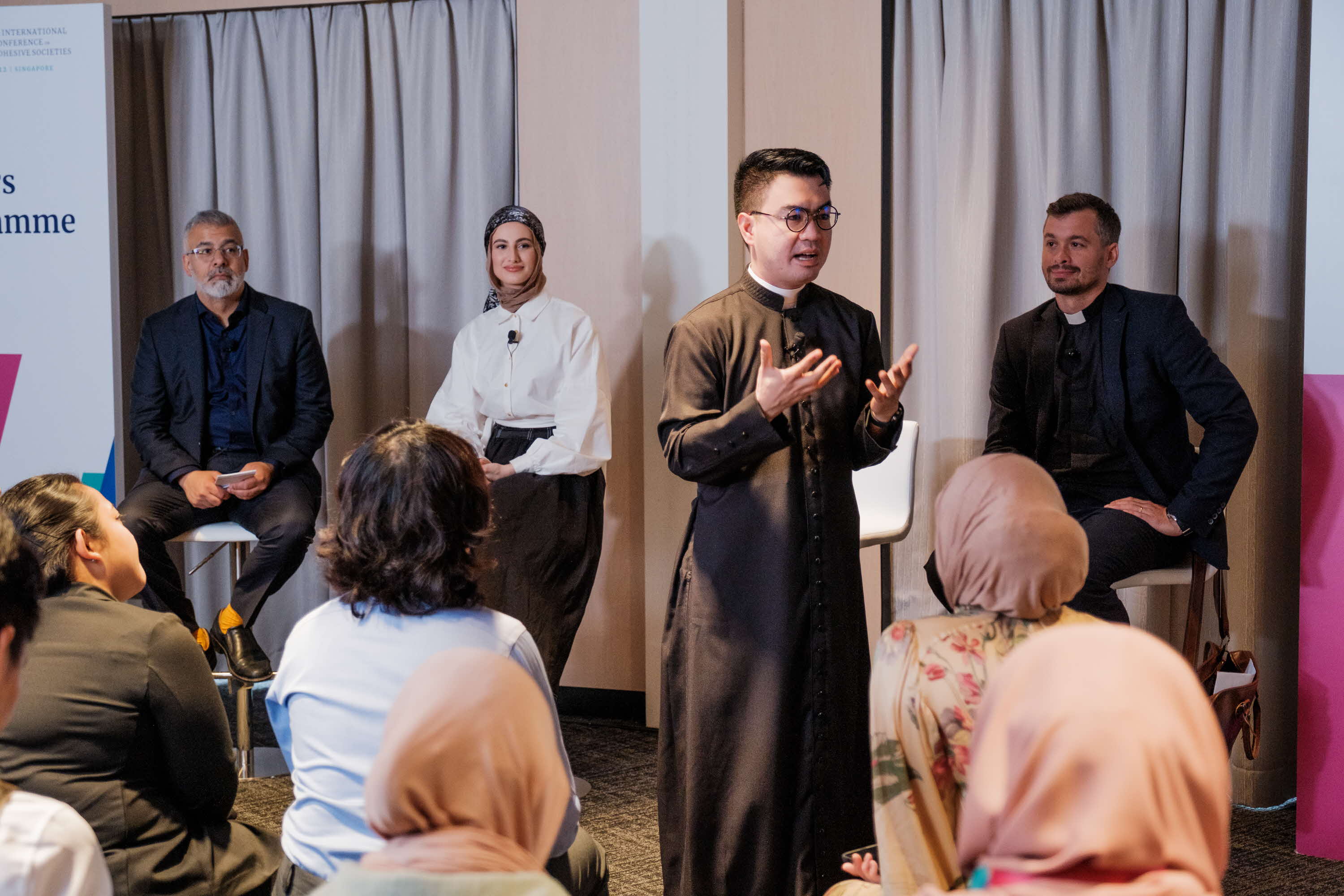 When people ask me about my journey as a faith leader on social media, I would attribute it to God’s grace which placed me in the right place at the right time.

When I got ordained as a priest in the Archdiocese of San Fernando, Pampanga on Valentine’s Day 2020, I was elated as I was finally able to serve the community that I have long loved and cherished. The Almighty, however, had other plans—the pandemic began to unleash its full brunt upon the world, which then meant that I was physically unable to hold Mass and tend to the needs of the faithful.

Of course, it was frustrating to finally have a dream vocation come to be, only for it to stumble right at the beginning. However, a close younger relative of mine had introduced me to this exciting new virtual world through an app called TikTok, with its constant stream of eye-catching videos featuring zany dance moves and witty dialogues.

Then, a lightning bolt struck—and this coincided with the open secret that Filipinos are some of the world’s most enthusiastic consumers of social media. In fact, a Meltwater survey from this year showed that Filipinos spent an average of just over four hours on social media daily, much higher than the global average of about two and a half hours! The idea that came to mind was that if Filipinos could not be present at church, then I could bring church to them online.

It was not the smoothest of initiations into this intersection of faith and technology. Some of the more conservative believers balked at my attempts at online ministry, as they felt that it was inappropriate to incorporate religious content onto secular domains such as social media. Others felt that it was not a good look for a Catholic priest to be pandering to frivolous online trends, that it bordered on the sacrilegious.

What kept me focused despite the criticisms was the ever-present need among the faithful for strength and comfort that comes with faith, particularly so amidst the dark days of the pandemic. In the comments section under my posts, you’d see countless requests for prayers and intercession. “I lost my loved one to Covid”, “I got laid off from work”, “I have not seen my parents in more than a year” were all too common, and the needs were clearer than ever.

With so many people still seeking but unable to turn up at Mass for their spiritual needs, I felt that pressing on with my TikTok ministry was the most efficient manner in which I could tend to the flock. Today, my TikTok has 2.6 million followers with significant engagement. In 2021, I received the Rising Star Award and Top Educational Creator of the Year from TikTok for my ministry videos.

These accolades only show how much more work needs to be done, and the many more souls that could be nourished, even as social restrictions begin to wane in the post-pandemic era. During the pandemic, social media provided the missing link when physical services were halted. As online services became a regular theme for all faith communities, the public’s spiritual needs, which increased in a time of societal isolation and uncertainty, were still met.

This does not mean that social media does not come without its pitfalls. As much as it is a platform to bring physical distances closer, it can also be a tool to spread misinformation and hatred among different communities. Our recent history has been inundated with reckless discourse that runs others down in order to prop certain groups higher above the rest. I believe that the answer to prejudice is more unity, especially amongst peace-loving and like-minded folks that seek better ties with others.

A recent experience that inspired me was the International Conference on Cohesive Societies (ICCS 2022) which was held this past September in Singapore. There, I was exposed to a diverse range of not only nationalities and cultures, but also experiences and opinions. I was also able to share stories about my TikTok ministry and inspire young leaders seeking to bring greater cohesion to their various communities.

However, my biggest takeaway from ICCS 2022 was seeing that even as we’re surrounded by so much negative dialogue online, there is a much larger collective of good hearts that seek to care for one another, and it is my fervent hope that we act in bold kindness to counteract this rise in intolerance across societies, both online and offline. I pray that we remain steadfast in our communities and continue to preserve the ties that hold us together even in the face of tough circumstances.

(This article was first published on INQUIRER.net on 23 December 2022.)